There is a variety of reasons for couples to enter into a marriage contract. Whether it is to ensure the security of assets in the future or to set out rules for spousal support, marriage contracts may come in a few different forms and may be executed at different times during the relationship. There are a few factors that may define whether a marriage contract can be enforced in court. 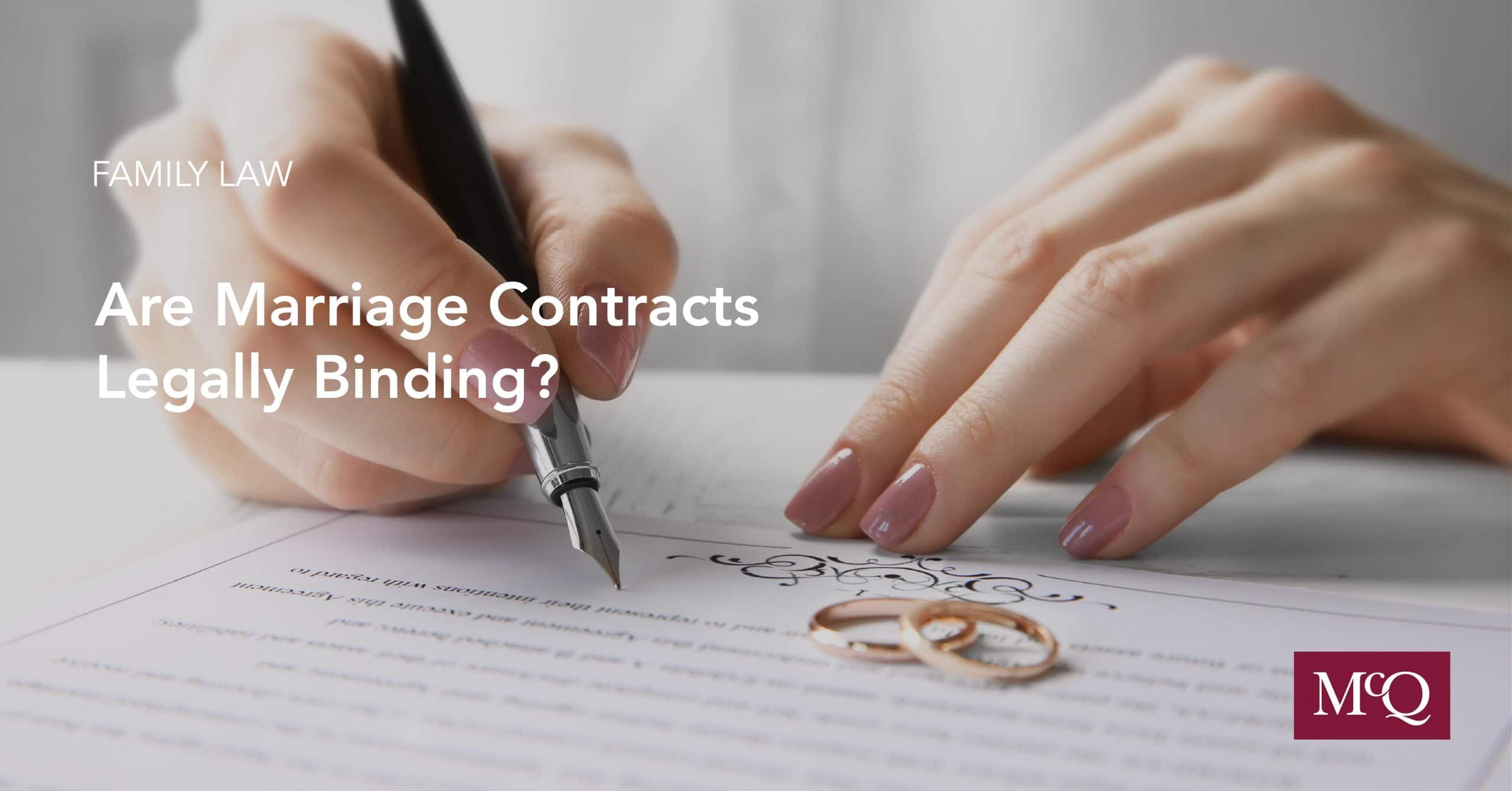 Are Marriage Contracts and Prenups the Same?

Agreements that couples can enter into before they get legally married which often outline financial plans. Some prenups even discuss children and how they will be raised and supported.

Agreements that legally married couples can enter into after they become married which often deal with issues pertaining to property ownership and division and/or how the couple intends to have spousal support dealt with in the event that they separate or divorce.

Agreements that legally married or common-law couples enter into after or upon a separation that often set out how they will divide their marital property, the amount of spousal support that will be paid, and how they intend to handle parenting time, child support and other parenting issues in the future, if applicable.

Is your marriage contract enforceable?

While each of these agreement types is entered into at a different stage in a couple’s relationship, and sometimes for different reasons, they can each face issues related to their enforceability in court if they are ever challenged. For example, courts in BC can set aside a marriage agreement of any kind, in whole or in part, where the agreement is deemed to be significantly unfair.

Whether or not an agreement will be deemed significantly unfair depends on the specific facts surrounding the negotiation and signing of each agreement, as well as the agreement’s contents.

However, there are a number of different things that you can do to help ensure the agreement you are entering into is fair, and therefore, more likely enforceable.

Firstly, it is important that your agreement is in writing and that you both sign the agreement and have a witness present to watch you doing so. If the marriage agreement does not meet these criteria, it will likely face significant issues related to its enforceability.

Further, a lawyer will often advise you to have property contemplated within the agreement appraised or valued to ensure that you fully understand the rights and interests at stake. If an agreement favors one party more significantly in a way that is likely to make the agreement unfair, a lawyer will advise you of this, too, and can help you revise the agreement if necessary. This can prevent issues related to enforceability from arising later down the line.

If you are unsure whether your marriage agreement is legally binding, please contact one of our family law lawyers  604.581.7001

Have a question about Marriage Contracts? Contact us to set up a consultation.

Family Law: 4 Common Mistakes to Avoid in a Divorce

Divorce can be an extremely difficult and strenuous process to undergo for all parties involved. In the article below, our Family Law lawyers go over the 4 most common m…

When Buying or Selling Development Land: Importance of Putting It In Writing

Share: By Royal Morton When real estate investors get comfortable or casual or just want…